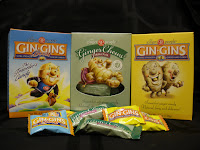 I am on the road again with my debaters. Excited by having a coach who writes an "awesome blog" (aren't they cute?), my students came up an idea! Each tournament will now feature a blog segment called "Debaters Dish" which will focus on products used during travel and teen friendly recipes and products. With the number of weekends I am on the road with these kids, expect a fabulous selection of topics that are both healthy and helpful!

For those who are not familiar with high school debate: a coach wakes up at 6am on a weekend day, rallies the troops of students dressed in suits into the minivan or sports utility vehicle. We then trudge on to Starbucks or other caffeine equipped location before making our way to a high school or university. It is at these locations where we then coach our students and judge other students through round after round of academically rigorous verbal battle where logic, reasoning and evidentiary support reign supreme. In between rounds, we discuss how to answer new arguments heard in the previous round and we grab quick bites to eat. The tournament usually wraps up well after most people have had dinner, and many have gone to bed. We may grab another bite to eat before heading back to the hotel du jour and preparing for the next day of caring for our charges and coaching for educational and competitive success.

We also have to travel to get to the tournament. Many times by car but also by bus or plane.

Want to know a secret about this coach?

I get motion sick. It isn't pretty!

How, one might ask, does a person who get motion sick in a fast moving elevator handle trapsing around the country while caring for high school students?

When I was in college, the answer to my troubles was to medicate with over the counter and prescription anti-nausea meds. However, since I usually have to drive when the plane lands, and even the non-drowsy meds still knock me out, I needed to find something that would do the trick but leave me energized in the process. I am also not a fan of using medication for things when I can possibly find a natural solution.

Luckily, I did some research on the topic and now I will share it with you. There are a number of studies that exist that suggest ginger may help ease the symptoms of nausea. While it may not work for everyone, and it is recommended you speak with your physician before starting any herbal regime, I decided to test out this theory. Worst case scenario, it doesn't work...?

Over the last two trips, I had the opportunity to test out three products made by The Ginger People that all contain the herb that would save me in my travels. Ginger Chews Original, GinGins, and Gin-Gins Boost can all be found on store shelves near you or can be ordered online. The Ginger People is a family-owned and operated company with factories in the United States and Australia. They specialize in a number of ginger products including juice and baked goods, however their portable individually wrapped ginger candies would serve my needs perfectly as they travel well in a purse and are low-calorie to boot!

Ginger Chews Original: This was my first exposure to ginger candy. This is, as the name implies, a chewy ginger candy. The flavor is incredibly strong with both sweet and spicy notes. I used it instead of gum upon take-off, which both gave me a dose of ginger but also helped with my popping ears. I enjoyed two of them on that flight and was able to endure the turbulance over the Rocky Mountains! There was mild nausea but no where near as bad as previous trips. I am guessing if I had a bit more ginger, it might have helped. These candies come in at 20 calories a piece and contain cane sugar, ginger and tapioca starch. Apparently there are a variety of these chews including apple, peanut, and coffee.

Gin-Gins: These hard candies claim to have double the strength of the original chews. The Ginger People recommending using these as throat lozenge. While they aren't as sweet as the chews, I also think the spice level is more subtle. And as someone who is feeling under the weather today, I am actually enjoying one of these as I type the review. When I used these on a flight, there was no turbulence. However, I was also able to watch a movie en route, which is something I have to normally avoid on planes. Each of these candies contain a half gram of ginger and three candies is only 35 calories. The ingredients are cane sugar, glucose sugar and ginger. I will be dosing these out to students, who after speaking all day sometimes have scratchy or sore throats. It's working for me!

Gin-Gins Boost: Labeled by the company as the "little potion for the motion" this candy is 30% ginger in every small bite. Not as hard as the Gin-Gins, the Boost is slightly chewy but small and oval shaped like it's sibling. It is also a bit spicier, warming your mouth with the complex ginger flavor. While I left the box at home with the calorie count on it (I promise to update in a couple days but I remember it was the lowest in caloric count), the Boost contains cane sugar, glucose, ginger, modified cassava starch, non-hydrogenated palm kernel oil (trans fat free), salt, and soy lecithin. I enjoyed the Boost on Friday and was able to read article after article on the debate topic as well as grade papers on the plane. If that doesn't speak to potency, I am not sure what will.

If you don't suffer from motion sickness, ginger is also touted as having energy boosting properties. A quick google search shows a number of other preliminary studies that claim ginger may be used for a variety of ailments and preventative care. However, no matter what the reason for enjoying ginger, The Ginger People have a variety of candies that are sure to please the palate. I guarentee they will be in my carry on for the remainder of the season!
Posted by C.G. the Foodie at 6:14 PM

This is my first year debating and I never imagined how much work or traveling it was going to be. It is a lot of fun though!

I wish I had these when I was pregnant. Ginger helped me with morning sickness.

My hubby would make a good debater, me? Not so much! I tend to be too emotional!

I'm going to have to try that next time I fly or get on a big boat!

Those would really save my life!

I used ginger in capsule form to fly to Jamaica - it saved me!

I'll give the candy a try; it sounds like a great alternative!

LOVE the Ginger Chews. My aunt who is a total foodie and a caterer serves them sometimes after seafood or other strong flavors. They help my motion sickness, too! I'll have to look for the Gin-Gins to try.

I get motion sick easily. I will look for these!