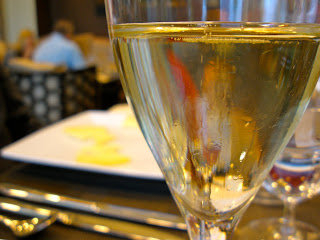 There were bubbles galore when my coworkers and I took a much needed break from work and hit up the Bellwether Farms Cheese event at J Winery.

It began with a vertical Carmody tasting. Liam Callahan, the cheese maker, led us through the four stage tasting that began with a 4 day old cheese (the top of the picture), and then moved clockwise. Carmody was the cheese that Callahan developed after touring European creameries and finding that while larger well-known cheeses were made, each creamery had a local table cheese they would make. Carmody is a cow's milk cheese made from Jersey cow milk that has it's own unique flavor. In it's earliest stage, it is still very squeaky and it a bit salty. However over it's aging, the flavors of the milk develop into a complex but accessible taste that would be perfect as an every day cheese but would also be great served at an event. We also had the opportunity to taste the cheese at 12, 24 and finally at 53 days old. The eldest cheese (9 o'clock in the picture) is the age at which Bellwether sells the cheese. 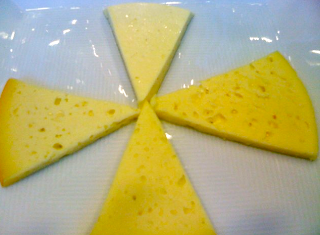 While many folks nibbled politely, I definitely enjoyed my cheese (and finished my coworker's 4-day old cheeses... they were so good!). 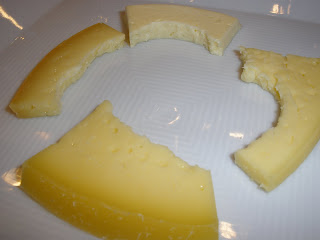 After the vertical tasting, we had the opportunity to try the cheeses prepared in dishes that paired with the J wines. First the whites: 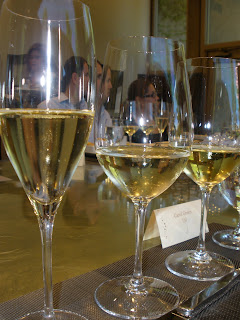 They paired beautifully with the prepared dishes: 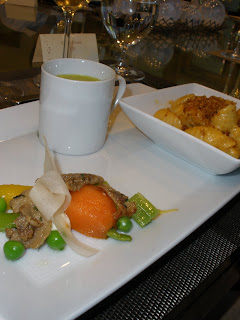 The brut was paired with a spring vegetable salad with morels and Crescenza cheese. The earthiness of the vegetables and the texture of the cheese went well with the bubbly but not sweet Brut. 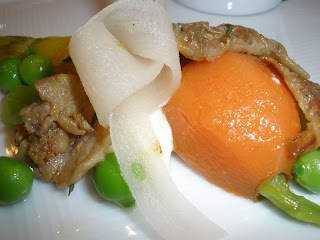 Next was the asparagus-Carmody soup with white truffle essence. It brought out the sweeter notes of the viognier along with the crisp apple notes. The creamy cheese with the earthy asparagus and white truffle melded together in a soup I wish I had more of! 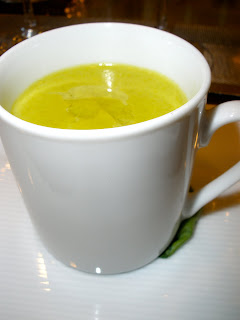 One of the favorites of those who had gathered was the lobster macaroni and cheese. Chef Mark E. Caldwell showcased multiple Bellwether cheeses in this generous dish including the Crescenza, Carmody, and the Fromage Blanc. Paired with one of my favorite chardonnays, it was a hit with me as well! Cheese, lobster and a buttery wine was a rich ending to the white flight. 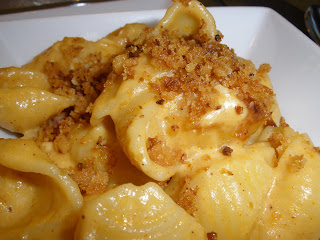 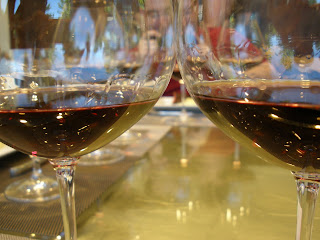 The 2007 Pinot Noir was paired with a pan seared Alaskan halibut with a sheep milk yogurt sauce and seasonal vegetables. The sweet tang of the yogurt with the buttery fish brought out the light earthy flavors of the wine. I wouldn't have thought to include yogurt in a dish I was pairing wine with... but I am definitely thinking twice now. 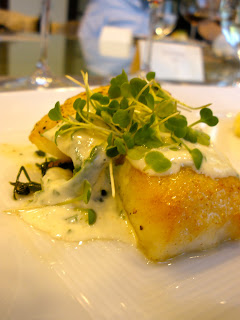 The Barrel 16 Pinot Noir was well matched with Painted Hills beef sirloin that had been grilled and served with aligot Pepato potatoes. The Pepato, a raw semi-soft sheep cheese with whole peppercorns, was excellent in the potatoes and added a subtle spice to the dish that stood up to the well developed wine. 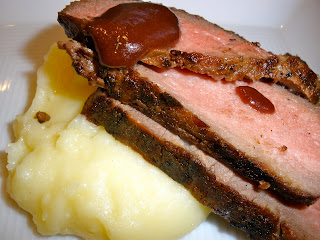 While J is well known for their sparkling wines and pinot noirs, it was their dessert wine that caught me by surprise. The J Ratafia is like liquid gold. A description that I have not been the first to make! According to the J Winery Web site:

"The Ratafia aroma is one of an aged bisquity brandy mixed with apricots, peaches and some vanilla/butterscotch nuances from the extended barrel aging. On the palate, there is an immediate burst of peach and some baked apple character that flows to a lush and fleshy middle dusted with a slight roasted almond character.

A good acidity helps carry the flavors to a seamless long finish marked by an apricot fruit leather character with just a hint of citrus rind to leave the palate refreshed."

And did I mention how pretty it was in it's glass? 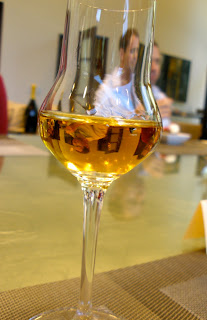 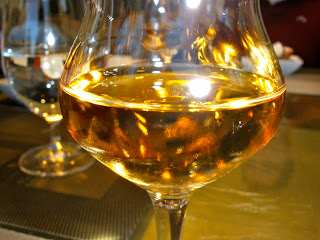 The Ratafia was paired with a spiced creme fraiche cake and seasonal berries. The cake played off the sweetness of the wine with a subtle spice and creaminess from the cheese. 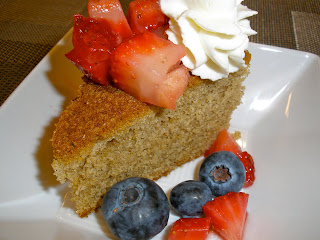 I love the opportunity to taste wines paired with foods created especially to for them. I am lucky to live within driving distance of the J Winery Bubble Room, but even if you don't, Chef Caldwell has shared a number of recipes on the J Web site. What is your favorite wine and food pairing?

i love wine tastings. even better when they are paired with food!! mmm.

i am so jealous. I never get to enjoy things like this so its really awesome that you were so detailed in your recap.
I wish i knew more about wines and pairings. All i know is "Mmm, this wine is good...oh and theres cheese too??? nice!" LOL

What a fun wine & cheese tasting and the food looks great!