Barbeque and Beer: A Tour of Oakland Coliseum

Barbecue fans may rejoice but healthy eaters beware if you are planning on attending a game at the Oakland Coliseum. This park is home of the Oakland Athletics, good barbecues, and some great beers. But don’t try to find the fresh produce and lean proteins, unless you are a better scout than Uncovering Food. We missed those options on our tour around this baseball park this week. 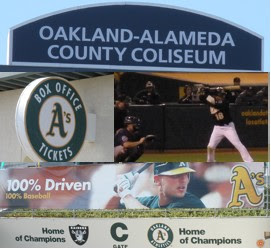 That said, there are some veggies to be found. We enjoyed some shredded lettuce and tomato and the delicious ball-tip (also know as tri-tip) sandwich that we noshed on. There were also potatoes in the form of French fries that came with our generous serving of fish and shrimp. Finally, if you are like Ronald Reagan and could ketchup as a veggie? Then the ballpark dogs could also contain one of your five a day. 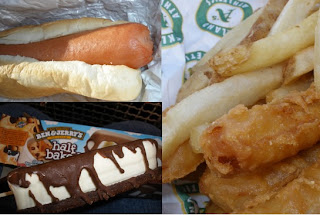 It is possible to eat low calorie at the Coliseum. But, why would you want to? When low calorie options include pretzels and diet sodas, I personally would rather eat light and exercise before heading to the park. That way I can hit up one of the fabulous barbeque joints on either side of the park, and grab a beer. From Kinder's Ball Tip sandwiches on the first base line to the three meat combo over at the third base BBQ terrace, the grilled meats abound. 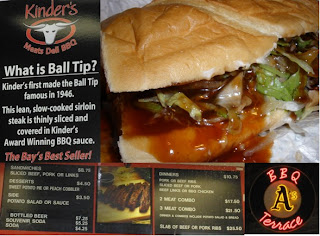 Oh and the beer choices? Amazing! While each stand pretty much only sells one beer, a walk around the first level will give you a bevy of beverage choices. While wandering, we even stumbled on an Irish pub, where you could wander inside, grab a drink, and watch the game on the television. Perfect spot to hang out if you arrive early and the teams aren’t holding batting practice. 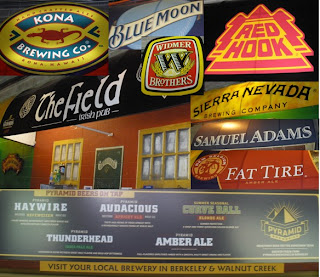 Were there some gourmet dining options? Perhaps up in the luxury box level. However we didn’t manage to score a peak at how the suite holders dined. So we kept our food adventures to the main level. 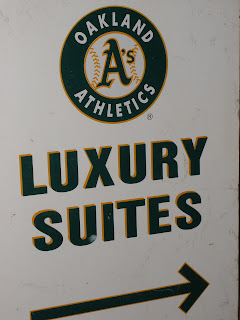 Lucky for us, the Oakland Coliseum still gives everyone a chance to dine in their seats with the traditional wandering vendors. And when the game got cold and the iced teas no longer sounded inviting, we had the options of hot chocolate (with optional whip cream) and the Starbucks coffee barista delivered to our seats. 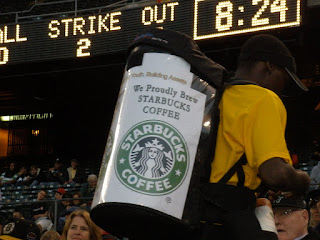 While the park across the bay may be known for food, the Coliseum does have something else going for it. Price. We scored fabulous tickets to the game along the first base line in the front row for about one-third of the cost of the same tickets in San Francisco. So baseball fans grab a beer and some barbecue and enjoy the game!

What a great adventure. I wish we lived in place that actually had professional team.

Low-cal at a ballpark? Yeahhh, rightt! ;)

Ahh, sometimes, you just have to live.


We bumped into your blog and we really liked it - great recipes YUM YUM.
We would like to add it to the Petitchef.com.

We would be delighted if you could add your blog to Petitchef so that our users can, as us,
enjoy your recipes.

Petitchef is a french based Cooking recipes Portal. Several hundred Blogs are already members
and benefit from their exposure on Petitchef.com.

To add your site to the Petitchef family you can use http://en.petitchef.com/?obj=front&action=site_ajout_form or just go to Petitchef.com and click on "Add your site"