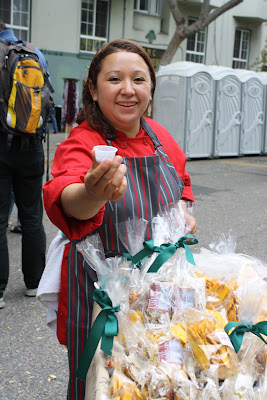 No matter where you roamed during the San Francisco Street Food Festival last Saturday, you were bound to find amazing dishes with amazing chefs behind the stands. While I wanted to divide this into two posts, the start of the academic year took over this week so I decided to combine the posts about these fabulous chefs (read: this post is long!). From Estrellita’s Snacks whose ownder, Maria Del Carmen Flores, moved from El Salvador to Mexico to San Francisco. all the while selling street food (and is now known in the city for her pupusas which you can find at Alemany Market) to Luis Vazuez and Maria De La Luz who own Chaac Mool but whose family history in the food business dates back five generations! 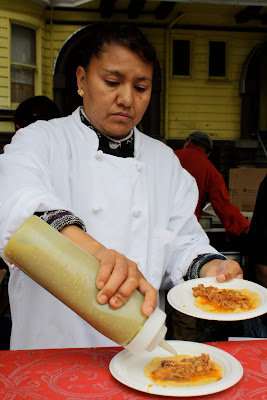 Vazuez is a fifth generation Yucatecan breadmaker, who started Chaac Mool with his wife in a small apartment in the Tenderloin district three years ago. I had the opportunity to try their Cochinita Pibil & al Pastor taco (pictured being made above and final product below) at the festival. Vazuez wants people to know that there is more to Mexico than just burritos and he does it well with this juicy well-seasoned taco that is spicy enough to feel but not so spicy that you miss the flavor of the meat and spices. 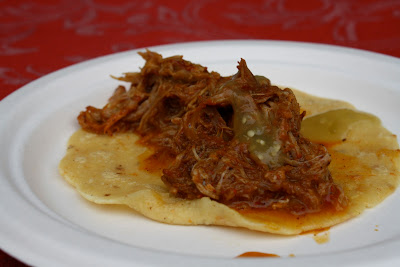 I almost asked for an extra tortilla to pick up the leftover juices!!!

Azalina Eusope was one of the first chefs we met on our media tour. She is the owner of Azalina's Malaysian, and told us that she worked as a trained pastry chef in Malaysia. Eusope said that when she moved to the States, she discovered a niche that she could fill better, by making Malaysian street food. This includes a very popular dish of lettuce and a spicy peanut sauce (pictured below). 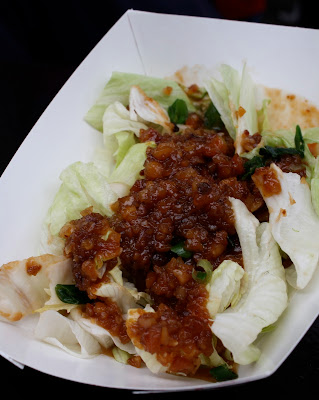 Eusope told us that because it is very hot in Malaysia, this is a cool and refreshing food that is served on the streets. People will buy lettuce leaves with the sauce on the inside and eat it like one might eat a taco. You can find Azalina's Malaysian food at Off the Grid.


Another well known street food chef and a nationally recognized icon of the street food movement that we got an opportunity to meet was Veronica Salazar who owns El Huarache Loco. She is working to bring the flavors of Mexico City to the Bay Area. I got the opportunity to try her Taco de Alhambre at the festival (pictured below). 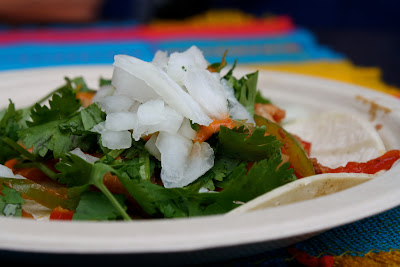 This taco was brightly colored and full of fresh flavors. Not to mention how pretty it was just to look at! Salazar began her company in her home five years ago and built it through the support of La Cocina, as did many of the companies I had the opportunity to visit like Azalina's. You can find the delicious eats of El Huarache Loco at Alemany Market and Off the Grid Market.

Another chef who started her business in her home is Isabel Caudillo who created El Buen Comer. She began her business in her home in the Mission District after missing some of her favorite Mexico City street foods and deciding she wanted to bring them to San Francisco. Her Tostadas de Picadillo (pictured below) with ground beef, chopped potatoes, chopped carrots, and green peas can be found at the Noe Valley Farmers Market and should definitely be sought out. We had an opportunity to try them on the tour and I had to go back again later in the day for seconds! 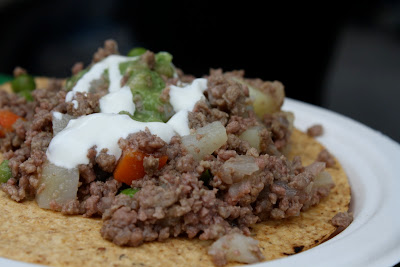 In addition to street food vendors, there were lots of delicious eats brought to the festival by established restaurants in San Francisco. On Monday, I pictured stuffed figs from Chez Papa Resto as the leading picture. Chef David Bazirgan made himself available during the media tour and told us how he is  big supporter of La Cocina and of the Street Food Movement. In addition to the figs, he offered a sausage that had peppers, onions, and what I believe was a bechamel sauce. In any case, I had a bite of a friend's and it was tasty! 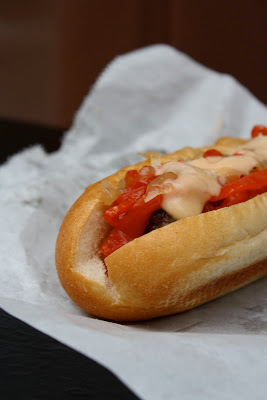 One restaurant I know I will take heat for admitting that I have not yet visited is The Slanted Door. I alway consider going and then for some reason end up somewhere else. However, that will soon be changing after buying one of their steamed vegetable buns at the festival. 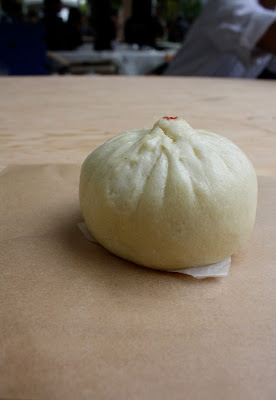 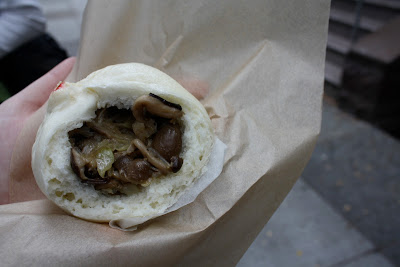 The vegetarian in my photography group said the bun was the best vegetarian main course at the market. And I don't disagree. Full of whole mushrooms, cabbage, and spices, I considered picking up a second bun for the drive home!

Two other businesses that I didn't get to try due to the lines also got rave reviews from some of the people I met at the festival. I got to snag a couple of pictures, but wasn't able to score a bite. 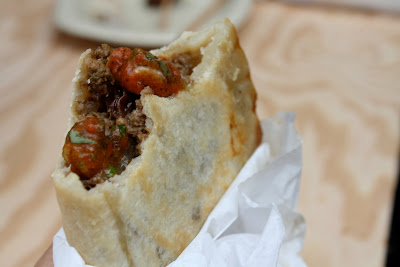 One of the popular spots was Sabores Del Sur, owned by Guisell Osorio, which was serving up empanadas from South America (pictured above). Check out that crust and juicy filling! Perfect street food!

For some of the chefs working with La Cocina to build their businesses, the Street Food Festival is the first day of public sales. This was the case for Anda Piroshki's (pictured below) where all of the workers were dressed in bright red scarves and excited to be serving up piroshkis. 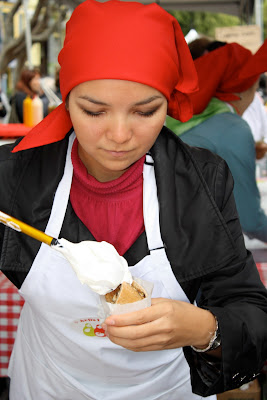 With all of the fabulous foods that were offered, there was also activities for families to do together such as learning about urban farming, as well as dancers and musicians around the festival. It only happens once a year, but I really wish the San Francisco Street Food Festival was a monthly event! While I am away at the International Food Bloggers Conference this weekend, if you are in the Bay Area reading this post, I would encourage you to head over to Oakland for some more great eats at the Eat Real Food Festival that happens today, Saturday, and Sunday! 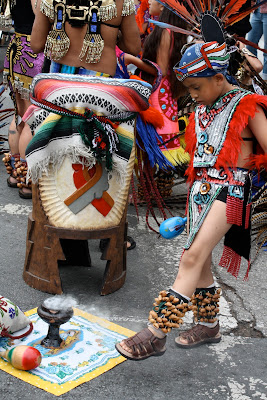